Short on time, but like nature, wildlife and hiking? Our Great Walk Rakiura Stewart Island is a fantastic, flexible option for you. 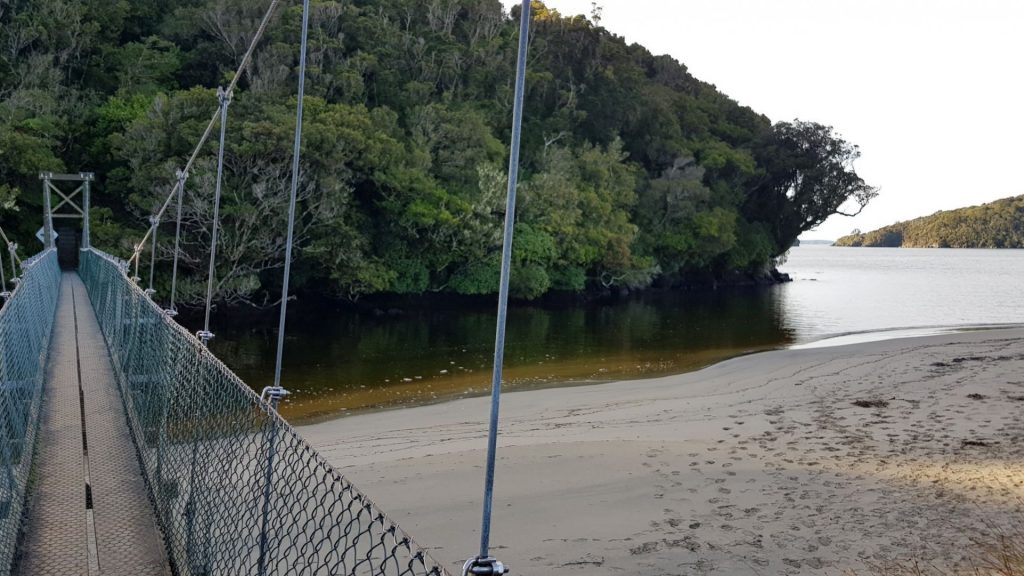 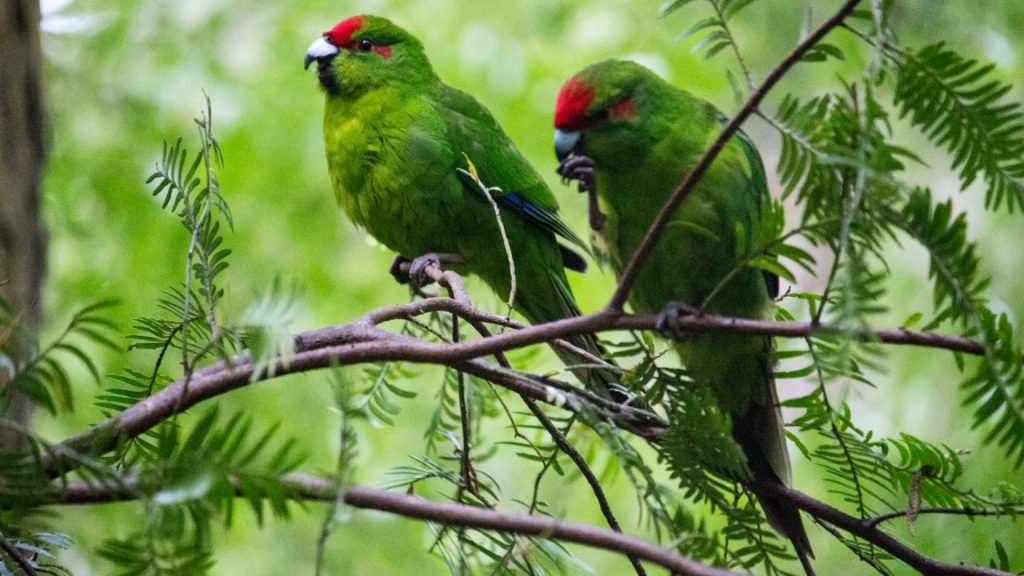 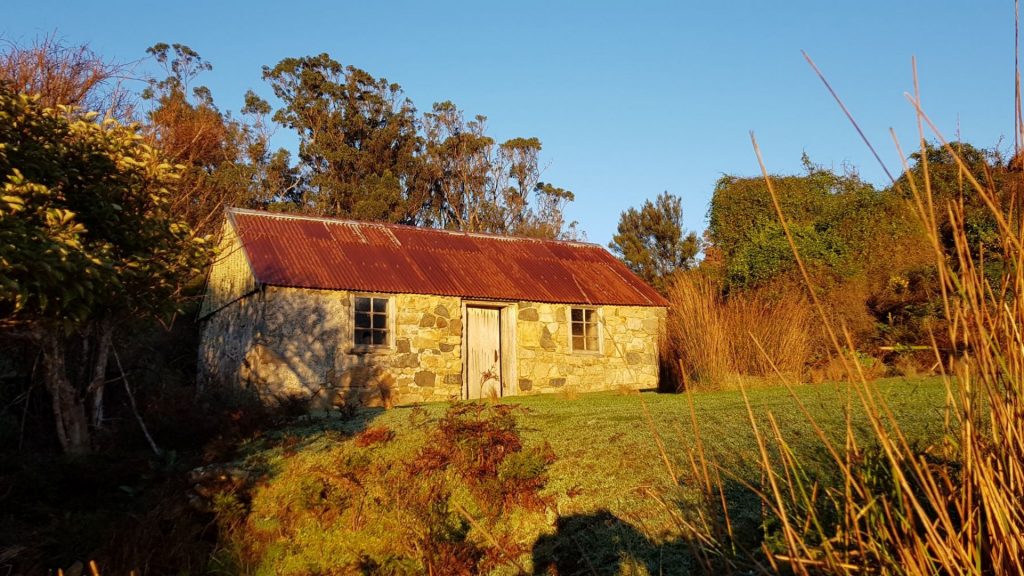 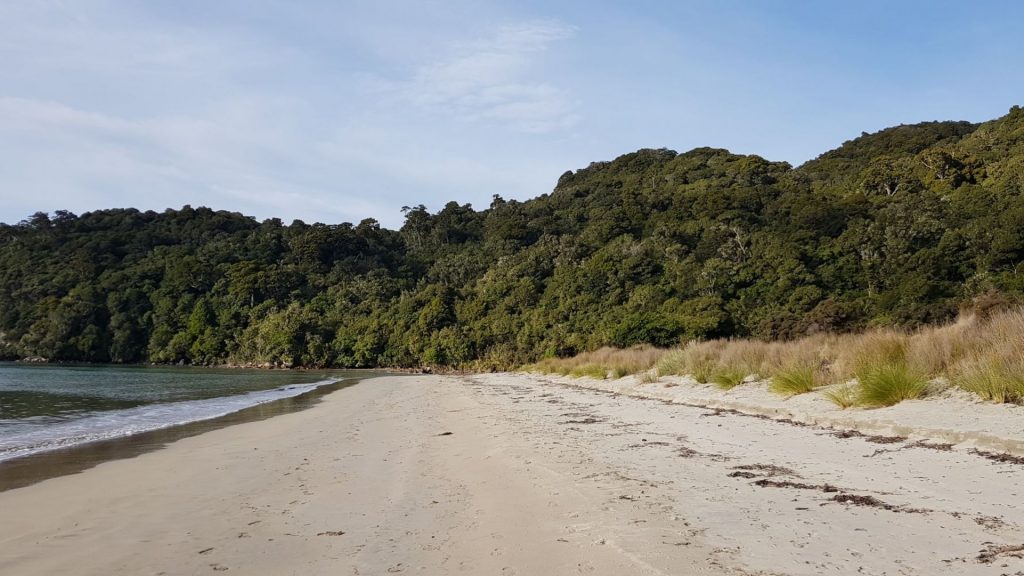 Itinerary
Day 1:  Bluff – Stewart Island
Your journey starts in Bluff where you will board the Ferry to Stewart Island* (upgrades to a flight, additional cost). Experience Foveaux Strait onboard an express catamaran. During the one-hour crossing on the Stewart Island Ferry between Bluff and Oban keep a lookout for wildlife, especially seabirds. Comprehensive commentaries provide information on the interesting landmarks commonly seen, including Dog Island Lighthouse, Ruapuke Island, the Titi Islands and Mt Anglem – Stewart Island’s highest point. After crossing Foveaux Strait and arriving at Oban – the main settlement on Stewart Island you will be transferred to the Bay Motel.

This afternoon explore Oban and the surrounding bays in a mini-bus tour. Experienced guides enjoy sharing their local knowledge of the history and environment of Stewart Island with you. Gain an insight into New Zealand’s southernmost community. Stewart Islanders are proud of their island, enjoying its simpler, slower pace. Highlights include Lee Bay, the gateway to Rakiura National Park and stunning views of Paterson Inlet from Observation Rock during this 1 hour 30 minute tour. On return to the motel you have the afternoon free to relax.

Day 2:  Ulva Island Explorer Tour & Wild Kiwi Encounter
Ulva Island (Te Wharawhara), is renowned for its diverse and abundant birdlife with a forest dominated by Rimu, Southern Rata and Kamahi, surrounded by marine reserve. It was visited by Ngai Tahu Maori as part of their food gathering trips and in the 1890s it became one of New Zealand’s first reserves. This 267 hectare island is now predator free, allowing the bird and plantlife to thrive. Enjoy a leisurely cruise from Halfmoon Bay viewing hidden coves and unspoilt beaches. Along the way learn about the early Maori history and European settlement including whaling. Your skipper and nature guide provide detailed commentary throughout the cruise and are happy to answer any questions. While on board, keep a lookout for fur seals, penguins and other wildlife, as sightings are common. Then disembark at Ulva Island for a 45-minute guided walk with a specialist nature guide. View rare plants and rich birdlife, including the inquisitive weka, which are often seen on the beach. Returning to the motel in the afternoon.

At dusk depart from Stewart Island’s Halfmoon Bay in a catamaran for a cruise across Paterson Inlet to Little Glory Cove. During the cruise, pass Ulva Island and learn about Stewart Island’s rich history. Once at Little Glory Cove, disembark onto a wharf at the southern part of the peninsula known as The Neck. The walk, led by your nature guide, is on a well-formed track across the peninsula, through spectacular coastal forest to a secluded sandy beach. As dusk sets in and daylight diminishes, venture by torchlight through the native forest with the stars and forest night sounds around you. The walk will take about 45 minutes one-way and the track emerges on to Ocean Beach. This wide sandy beach is where kiwi are often found feeding among the grasses and seaweed. Afterwards retrace your steps through the forest to Little Glory Wharf for your catamaran ride back to Oban township on Stewart Island.

Day 3:  Great Walk Rakiura Track
Great Walk Rakiura Track – unguided 1/2 day Freedom Walk
Enjoy a walk on one of the most popular coastal and native bush walks on Stewart Island. Water taxi to Port William, site of early Maori settlement, before continuing on to beautiful Maori beach. This was also where early Maori settled and later became a saw milling community in the early 1900s. Then make your way to Lee Bay via Little River, a stunning tidal river mouth, overhanging with Rata trees. Along the coast lookout for a plethora of birdlife, such as, Mutton birds (Sooty Shearwaters), Shags, Buller’s Molly-mawks, Cape Pigeons, and little Blue Pengiuns. In the native bush you may see and hear Bellbirds, Tui, Fantails, Parakeets, Shining Cuckoos, Grey Warblers, Kaka and Tomtits and more. Walking time: duration 4-5 hours including Water Taxi.

NOTE:
The 1/2 Day Freedom Walk on Rakiura Track is unguided, we recommend a good level of fitness, hiking boots and sensible hiking clothing for all weather conditions.

Day 4:  Stewart Island to Bluff
Today it is time to depart this paradise island and return to real life. Board the catamaran and enjoy the cruise across the Straight to Bluff. (*Return flights to Stewart Island are available at a surcharge.)

Book by
30 April 2022.
Space is strictly subject to availability at time of booking, and early booking is encouraged.

Terms & Conditions
Prices shown unless otherwise stated are in NZ$, and are subject to currency fluctuations and are for payment by cash, Eftpos, direct deposit or cleared cheque only.  Credit Card payments are also accepted but will incur a small surcharge, please enquire.  Important information: Package fare is made up of individual components from multiple suppliers and each component is subject to availability at the time of booking. Evening Kiwi Spotting tour subject to weather conditions, good level of fitness is required.  Should any travel restrictions due to Covid-19 be enforced, please discuss with Ocean Escapes. Individual supplier amendment/cancellation and refund policies will apply.  Prices correct as at 21 September 2021  and are subject to change or withdrawal without notice. Other conditions may apply. VivaEx.

Want to keep up to date with our latest deals on worldwide cruising and beach holidays? SIGN UP for our email newsletter!